The BRIT-award winner to play the Pyramid stage 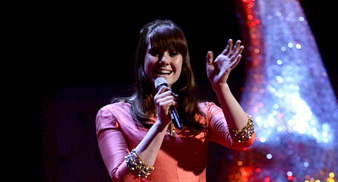 South London singer Kate Nash is to be this year’s Glastonbury opening act on the Pyramid stage.

Nash, who picked up a BRIT for Best British Female earlier this week beating off contenders KT Tunstall, Leona Lewis and PJ Harvey, will play the festival on Friday June 27.

The singer joins the likes of Kings of Leon, The Verve, and Jay-Z on this year’s bill.

Other artists that will play this year’s festival at Worthy Farm include Hot Chip, CSS, British Sea Power, Leonard Cohen and Neil Diamond.

Tickets for this year’s three day festival will go on sale on April 6.

Fans wanting to go, must register their details and supply a passport sized photograph between now and March 14.