Singer describes her first live dates in 35 years as "One of the most extraordinary experiences of my life." 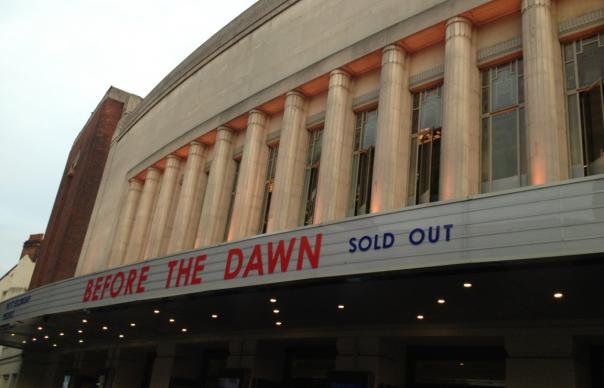 Singer describes her first live dates in 35 years as “One of the most extraordinary experiences of my life.”

Kate Bush has described her recent run of live dates in London as both “surreal” and “truly special” in a message posted on her official website.

The singer played a total of 22 shows at the venue between August 26 and October 1 at London’s Eventim Apollo in Hammersmith, combining elaborate theatrical devices and stage sets with tracks from throughout her career and an intricate section entitled ‘The Ninth Wave‘, in what were her first live dates for 35 years. You can read Uncut’s review here.

In her post, which you can read in full below, Bush described the tour and all the work that went into making it happen as being “One of the most extraordinary experiences of my life.” She goes on to thank everyone who came to the shows and explain that she wanted to perform live again to feel close to her audience.

“It was quite a surreal journey that kept its level of intensity right from the early stages to the end of the very last show. It was also such great fun. It was one of the most extraordinary experiences of my life. I loved the whole process. Particularly putting the band, the Chorus and the team together and watching it all evolve. It really was the ultimate combination of talent and artists, both from the music business and the theatre world. I never expected everyone in the team to be so lovely and we all grew very close. We became a family and I really miss them all terribly.”

“I was really delighted that the shows were received so positively and so warmly but the really unexpected part of it all was the audiences. Audiences that you could only ever dream of. One of the main reasons for wanting to perform live again was to have contact with that audience.They took my breath away. Every single night they were so behind us. You could feel their support from the minute we walked on stage. I just never imagined it would be possible to connect with an audience on such a powerful and intimate level; to feel such, well quite frankly, love. It was like this at every single show. Thank you so very much to everyone who came to the shows and became part of that shared experience. It was a truly special and wonderful feeling for all of us.”

Bush concluded her run of sold-out Before The Dawn shows at Hammersmith Apollo on October 1, speculating that it will be “a while” before she plays live again.