Kasabian To Play For Drugs

Serge and Co. join Gallagher and Brand for benefit gig 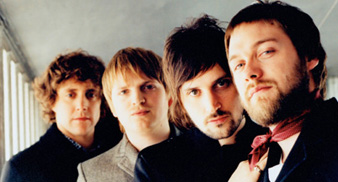 Kasabian, hot on the heels of their BBC Electric Proms show, have just been added to the bill for a special charity gig.

Headlined by Russell Brand, the night will also feature a solo performance by Noel Gallagher.

It is rumoured that Gallagher might guest on one or two Kasabian songs, as he did at the recent Nme.com 10th birthday party.

The charity gig, entitled “For Pities Sake” takes place at Camden’s Koko next Thursday (November 2). The aim of the night is to raise money for drugs awareness group Focus 12. The money raised will be used to provide treatment and counseling for people suffering from addiction.

Russell Brand will perform an extended set, and has quipped “I used to spend my time trying to get drugs off people. Now I spend it trying to get people off drugs’.

Brand is interviewed in the new issue of Uncut, on sale next Tuesday.