EMI have endorsed the film 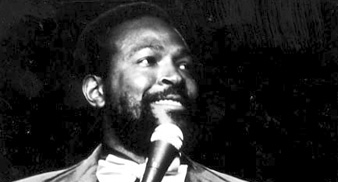 Director Julien Temple is set to make a biopic about Marvin Gaye – set to be titled Midnight Love or Sexual Healing.

EMI, which owns the rights to the late soul singer’s music, has given the production the go-ahead. Shooting is set to start in Ostend, Belgium later this year, reports Screendaily.com.

The plot will be inspired by the ‘Midnight Love’ album, which Gaye recorded in Brussels and released in 1982. It was his last studio album – the singer died in 1984.

‘Sexual Healing’ was the big hit single from that album.

Frederick Bestall of the Auric Entertainment company is producing the film. Producer Jimmy De Brabant is also on board, as is Jean-Luc Van Damme of Banana Films.