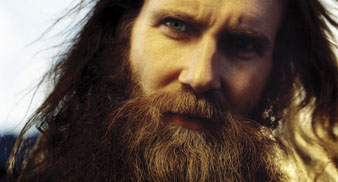 The seasonal five-track offering will be available from November 21 through Rough Trade Shops and features a selection of traditional Christmas carols. The tracks were recorded at Liam Watson‘s Toerag Studios in Homerton, east London last month.

Josh T Pearson’s ‘Last Of The Country Gentlemen’, released earlier this year, has been named Rough Trade’s Album of the Year 2011 by the independent record store and label. Pearson will be appearing at London Rough Trade East on December 1 for a Q&A and signing session at the opening of an exhibition of pictures taken of him by photographer Steve Gullick over the past 10 years.

The former Lift to Experience man heads out on the road for a full UK tour later this month, ending up on November 26 at London Barbican for a special event entitled ‘An Evening with Josh T Pearson and Guests’.

To check the availability of [url=http://www.seetickets.com/see/event.asp?artist=Josh+t.+pearson&filler1=see&filler3=id1nmestory]Josh T. Pearson tickets[/url] and get all the latest listings, go to [url=http://www.nme.com/gigs]NME.COM/TICKETS[/url] now, or call 0871 230 1094.