The folk superstar-in-waiting set to visit these shores 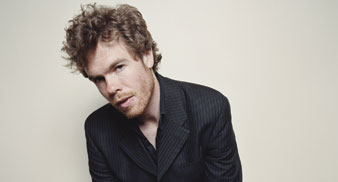 The musician, who features in the new issue of Uncut out tomorrow (September 27), is set to play a massive show at London’s Shepherd’s Bush Empire towards the end of his tour.

Ritter is visiting the UK in support of his forthcoming fifth album “The Historical Conquests Of Josh Ritter”, which is released on October 1.