The Rolling Stones and U2 cameo in all-star promo 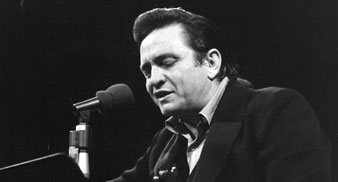 The video for the new posthumous Johnny Cash release “God’s Gonna Cut You Down” premieres tomorrow on worldwide TV stations and web channels.

The artists are among a cast of 36 celebrities who all dress in black for the video of “God’s Gonna Cut You Down”.

Keith Richards and the others are also joined by Hollywood actors Johnny Depp, Dennis Hopper and Chris Rock.

The track is taken from Cash’s recent album “American V: A Hundred Highways.”

Johnny Cash died in 2003 aged 71, from complications from diabetes.