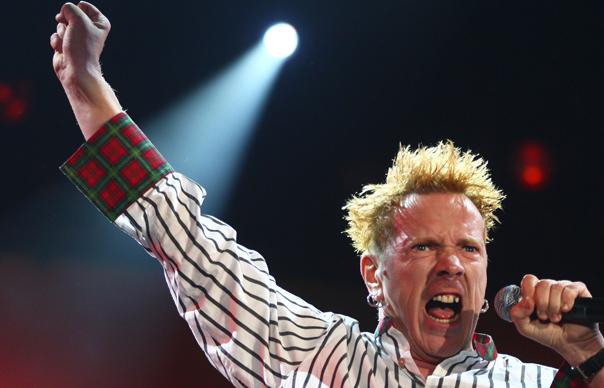 The former Sex Pistol will join former home secretary Alan Johnson and Conservative MP Louise Mensch on the programme tonight (July 5), which is being filmed in Derby. The panel will also include Energy and Climate Change Secretary Ed Davey and journalist Dominic Lawson, reports PA.

The politically minded Lydon recently told NME that he fears that last summer’s riots were the precursor to “something far, far worse”. Lydon also said he was “deeply ashamed” of how the government handled the situation and that you can still “feel the tension” on the streets.

Asked for his take on last summer’s riots, Lydon replied: “I was very upset with it. People got killed. It was a great tragedy, a great tragedy caused by a government and a police force that’s completely indifferent to what young people have as a future. They’re given nothing now, even less than when I was young and that hurts me deeply.”

Then asked if he thought this was a sign of things to come, Lydon added: “It’s definitely going to lead to something far, far worse. It’s brewing. It’s palpable. You can feel the tension. It’s waiting to go off like an enormous bomb. It will be blamed on the kids on the street, and it isn’t their fault. I’m very deeply ashamed of a government that doesn’t have a clue what’s going on.”