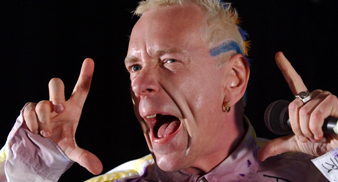 Sex Pistols lead singer John Lydon has been charged for hitting a woman in the face in Los Angeles last year.

Roxane Davis, an assistant producer on a reality television show, alleges Lydon attacked her in January 2007, because he didn’t like the hotel room he had been put in.

The alleged incident did not lead to criminal charges, but Davis is suing Lydon in a civil court for sexual harassment and assault.

Lydon’s spokesman said the frontman was unavailable for comment.