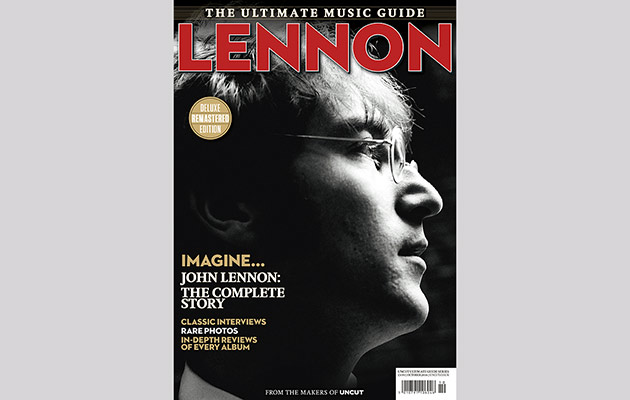 A few days after John Lennon died, in December 1980, the NME’s editor at the time, Neil Spencer, sat down and tried to encapsulate the man’s genius, influence and complexity. By necessity, the resulting obituary turned out to be a lengthy and emotional meditation. “It was not merely that his songs provided the soundtrack for our lives that made Lennon the voice of his generation,” wrote Spencer, “but that they so often seemed to crystallise the mood of the times, and to do so with an honesty that was apparent in the way the man lived out his life.

“That is one reason why his loss has hit the world so hard. Like most of us he was often selfish and unpleasant, but he was never miserly with himself or his soul, at least not in the latter part of his life. He gave. He shared. And now he’s gone, we too seem diminished. The part of us that responded to the man’s essential goodness, his dignity, his openness, and his optimism will be that much more difficult to locate without him around.”

“To say he is destined to be judged as one of the great men of his age is not mere emotionalism or fan adulation,” continued Spencer and, 36 years down the line, that judgment is more secure than ever. Looking through the back copies of NME and Melody Maker, however, Lennon’s legacy seemed a little more unstable, volatile even, for much of the 1970s. For our newly upgraded John Lennon Ultimate Music Guide (on sale Thursday, available online here), alongside extensive reviews of all his solo recordings, we’ve delved into those archives and come up with some frankly amazing stuff. Lennon famously had the UK music weeklies flown out to him in New York, where he read them avidly and was prone to firing off letters to them, usually about the persistent rumours of a Beatles reunion – though he was inclined to pass comment on anything that caught his attention.

Lennon also frequently entertained writers from both Melody Maker and NME throughout the ’70s, allowed them unique access to recording sessions and his Dakota apartment, and talked to them at length about just about anything they wanted to know. These archive gems offer a priceless insight into Lennon, his life and music, and we’ve also reprinted a 2003 Uncut cover story, in which Yoko recalls in extraordinary detail her life with John, who she memorably describes as a “beautiful miracle”. The memory of it is something solid inside her, she makes clear, and the thought if it or John’s music ever fading is one thing that neither she – nor, indeed, anyone else – could ever imagine.