Today: Mick Jones tells us his choice! Plus, vote for yours! 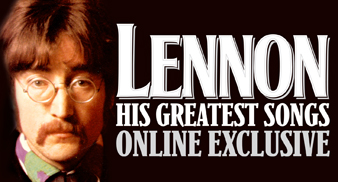 The January issue of UNCUT hits the shops today (November 29), featuring an all-star panel of musicians selecting their favourite song by the late Beatle John Lennon.

Meanwhile, Uncut.co.uk will be running online exclusives throughout the month, starting with former Clash man Mick Jones (below).

Coming up: The Gossip‘s Beth Ditto, Josh Ritter, Bat For Lashes, Roy Wood and more will be picking out their favourite tracks.
~

~
Don’t tell the punk police, but I loved this at the time and I love it now. It’s that big