John Fogerty exclusive: “They tried to throw me in a dungeon!” 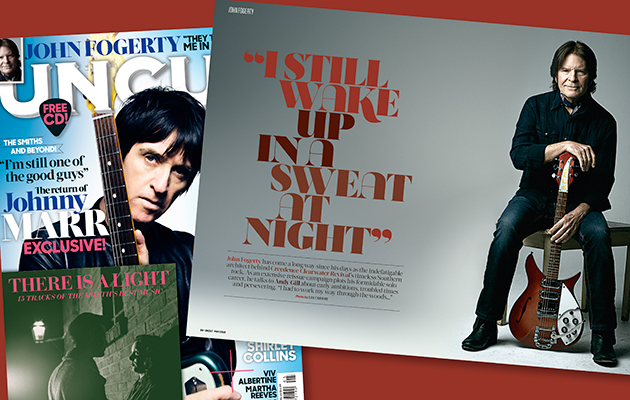 In the current issue of Uncut, on sale now and available to buy online, John Fogerty talks candidly about his run-ins with his former Creedence Clearwater Revival bandmates – and why he refused to perform his own songs for two decades.

“That guy must have had a lot on his mind,” says Fogerty of his younger self. “He must have been a troubled person, to make that sort of a decision… I daresay it has harmed me in some way – I remain a bit of a mystery to a large number of people, because I wasn’t out in the world performing for about 25 years or whatever. Thankfully, I look back and think, ‘Well, I guess I’m a man of convictions, but I’m sure glad I’m over that!'”

Recalling the machinations of his tyrannical former manager Saul Zaentz, Fogerty says that he “tried to throw me in a dungeon. Rather than trying to hoodwink me with a contract, he was trying to have me feel the pain of the shackles.”

As for Fogerty’s former bandmates, including his brother Tom, who sided with Zaentz: “I still wake up in a sweat at night”.

Ultimately, Fogerty reveals it was Bob Dylan who cajoled him back into playing his own material, after warning him that people might come to regard “Proud Mary” as a Tina Turner song. “Dylan’s words were very provocative, and he certainly put the bee in my bonnet, you could say.”

Read more in the May issue of Uncut, on sale now and available to buy online by clicking here