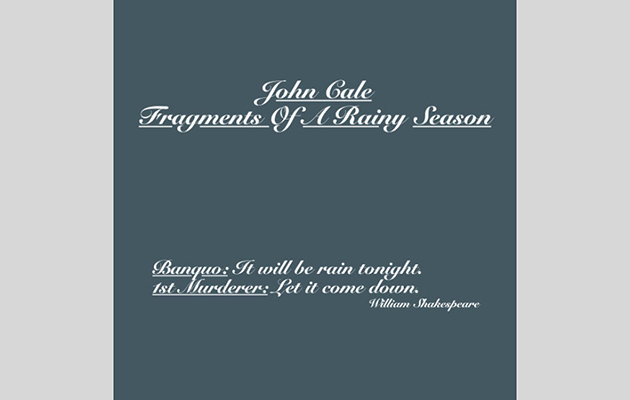 John Cale will re-issue his live album Fragments Of A Rainy Season, on December 9, 2016 through Double Six / Domino.

Alongside the announcement, Cale has shared a new video for his Leonard Cohen cover, “Hallelujah“, which you can watch below.

The tracklisting for the triple 12 edition is:

DISC 01
Side A
A Wedding Anniversary (Live)
Lie Still, Sleep Becalmed (Live)
Do Not Go Gentle Into That Good Night (Live)
Cordoba (Live)
Buffalo Ballet (Live)
Side B
Child’s Christmas In Wales (Live)
Darling I Need You (Live)
Guts (Live)
Ship Of Fools (Live)
Leaving It Up To You (Live)