The Hollywood star's album includes one of her own too 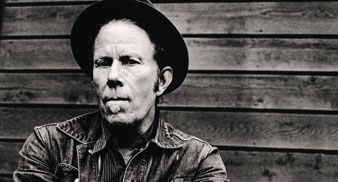 Her debut album, Anywhere I Lay My Head is a Tom Waits covers album, featuring ten of his tracks.

The album, surprisingly, also includes a song penned by Johansson too. The original track is called ‘Song For Jo’.

As reported yesterday, the album features contributions from several artists, including David Bowie, who contributes vocals to two tracks; ‘Fallin’ Down’ and Fannin Street’, Yeah Yeah Yeah‘s Nick Zinner and TV On The Radio‘s Dave Sitek.

The full tracklisting for Anywhere I Lay My Head Is is: