Joan Baez on her new album: “Seeing beyond this one is hard”

Exclusive: the folk legend talks retirement, Dylan and Lennon in the new issue of Uncut 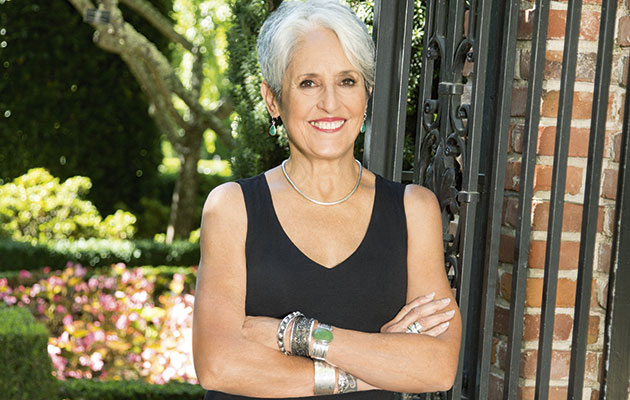 Joan Baez has hinted that her forthcoming album, Whistle Down The Wind, may be her last.

Talking exclusively in the current issue of Uncut, the 77-year-old says that, “At the moment, seeing beyond this one is hard to do. Mostly because it’s gets harder and harder to sing… I can still manage it in a lower range but it’s not easy.”

However, her friend and collaborator Steve Earle is sceptical: “I don’t believe her. Not for one second. She’s going to outlive all of us.” 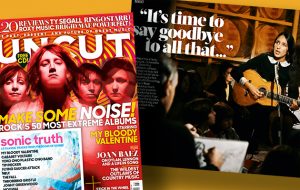 In the same article, Baez takes about how she survived the 60s, touching on her relationship with Bob Dylan and why she never would have married him. “I was afraid of him… for a while. When things got crazy. In the beginning, we had a lot of fun.”

Baez also tells a story about the time she turned down John Lennon: “About four o’clock in the morning, John tumbled in, and it was like he felt compelled to make some sort of overture to me… I said to him, ‘John, you are probably as beat as I am. I’m not up for it, either’. He looked so relieved.”

Elsewhere in the issue, there are new interviews with My Bloody Valentine, Stick In The Wheel, Gary Numan, Jethro Tull and many more and we also look back on the rise of progressive country in 70s Austin, Texas. Our free 15 track-CD features 15 classic tracks from the edge of sound, including the Valentines, Cabaret Voltaire, Yoko Ono Plastic Ono Band, Flying Saucer Attack and Mogwai, to accompany our rundown of Rock’s 50 Most Extreme Albums – from Lou Reed to Ty Segall.