Joan Armatrading, Def Leppard and The Stereophonics to play Live from Abbey Road

Plus Hard-Fi, The Black Keys and Elbow 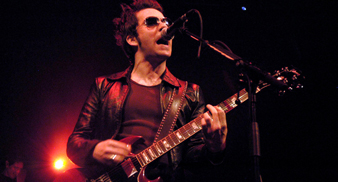 Joan Armatrading, Def Leppard, and The Stereophonics, are three of the artists due to appear on the second series of Live from Abbey Road.

The Channel 4 show combines intimate performances and revealing interviews from some of the greatest artists from around the globe; including Herbie Hancock, Manu Chao and Bryan Adams as well as up and coming bands like The Hoosiers, The Kills and MGMT.

The first episode in the series, which will air on June 28th, features Mary J. Blige, Dashboard Confessional and James Blunt. Episode two will follow a week later with Sheryl Crow, Hard-Fi and Diana Krall.