Hear My Music will be double album of Hendrix's instrumental records... 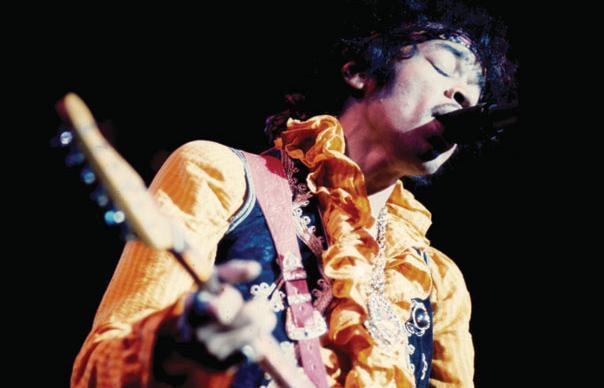 The new “official bootleg” titled Hear My Music will be out on November 28 and will contain two LPs’ worth of Hendrix’s “creative explorations”.

According to Rolling Stone, Hendrix recorded the music in the first half of 1969, both as solo demos and as free-form group jams with the Jimi Hendrix Experience. Among the 11 tracks are two versions of “Valleys Of Neptune” – one featuring a Hendrix solo on electric guitar and the other a piano version.

Unedited versions of tracks ‘Drone Blue’ and ‘Jimi’, both of which appeared on the now out-of-print 1980 album Nine To The Universe, also appear.

The double album, which is being released by Dagger Records (Experience Hendrix LLC’s bootleg label), was produced by Hendrix’s sister Janie Hendrix, engineer Eddie Kramer and Hendrix expert John McDermott, and it will be pressed on 200-gram audiophile vinyl.