Actor says Sleeping Tapes will "help you get a good night's rest."... 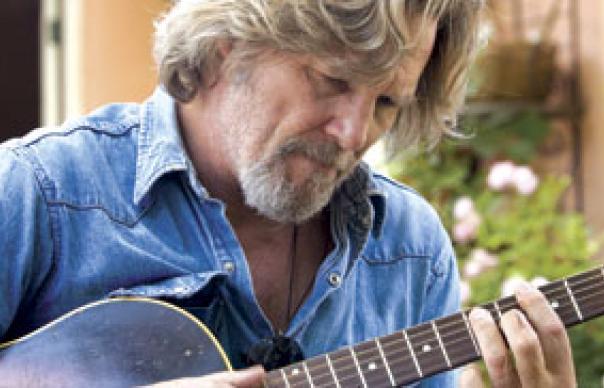 Actor says Sleeping Tapes will “help you get a good night’s rest.”…

Sleeping Tapes sees Bridges team up with composer Keefus Ciancia, who has worked on TV series such as True Detective, and sound engineer Doug Sax. The album is available now at DreamingWithJeff.com as a free stream or pay-what-you-want download. All proceeds go to the No Kid Hungry charity.

One track on the album, “Goodmorning, Sweetheart“, features a recording of Bridges talking to his wife first thing in the morning, complete with the sounds of breakfast being prepared, over a faint ambient drone. Another song, “IKEA”, features Bridges talking about how he wants his body cremated and put in a satellite orbiting the planet when he dies.

Writing about his reasons for making the album, Bridges writes: “The world is filled with too many restless people in need of rest – that’s why I filled my sleeping tapes with intriguing sounds, noises and other things to help you get a good night’s rest.”

Limited edition cassette tapes and gold-coloured vinyl versions are also available while Bridges will auction off five signed copies of the album in aid of charity.

Bridges has recorded music in the past and released his debut album Be Here Soon in 2000. In 2011 he worked with country musician T Bone Burnett on his second studio record.