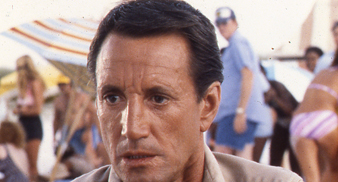 American actor Roy Scheider has died in hospital in Arkansas, aged 75 after a two-year battle with cancer.

The Hollywood star, was twice nominated for Oscars in the 70s – for The French Connection in ’72 and All That Jazz in ’79 as well as being most famed for playing the police chief in blockbuster Jaws.

Steven Spielberg’s Jaws, released in 1975, was the first film to earn over $100 million at the box-office, setting a precedent for summer blockbusters.

Scheider’s Jaws co-star Richard Dreyfuss said: “He was a wonderful guy. He was what I call a knockaround actor.

“A knockaround actor to me is a compliment that means a professional that lives the life of a professional actor and doesn’t yell and scream at the fates and does his job and does it as well as he can.”

Scheider passed away in hospital after being treated for multiple myeloma, a cancer of the plasma cell.