Jarvis Cocker has rebuked David Cameron for comments he made about his infamous 'mooning' incident with Michael Jackson, telling the Prime Minister that he had lied about seeing the Pulp frontman's "bare backside". 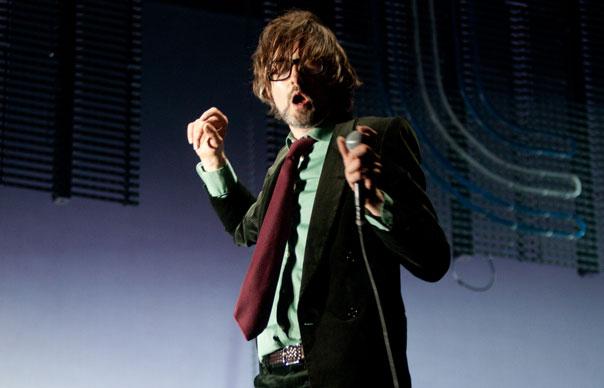 Jarvis Cocker has rebuked David Cameron for comments he made about his infamous ‘mooning’ incident with Michael Jackson, telling the Prime Minister that he had lied about seeing the Pulp frontman’s “bare backside”.

In an interview with the Guardian last year, Cameron had answered a question from Cocker asking him to explain “abstract finance ideas” such as “derivatives and futures”. He concluded by referring to the singer’s much publicised run-in with the King Of Pop at the 1996 Brit Awards, when he wiggled his posterior at the late icon during a performance of his track “Earth Song”.

“There we are,” said Cameron. “Not as punchy as Jarvis Cocker on Michael Jackson, but it’s the best I can do. I was there that night, at the Brit Awards. I saw him led away. I saw his bum.”

Speaking to the same publication, however, Cocker said Cameron had “spoiled it for himself” by getting his facts about the incident wrong. He said: I’d just like to point out that if anybody cares to look at the video evidence, at no point was my bare backside revealed.”

He went on to add: “So therefore the fact he says he’s seen it totally negates the credence of what he said in the previous part of the answer about derivatives and futures. I’m glad I’ve got that off my chest – it’s been bothering me, that.”

Cocker also conceded that although Jackson had been “pretending to be Christ” during his performance, he was still a fan of the track “Earth Song“, adding: “It is a right good song, obviously.”

In April of this year, Cocker revealed that he had been working on ideas for new Pulp songs. Asked if the songs would ever see the light of day, he replied:” It took us long enough to relearn the old songs, so we’ll have to see about that. But I’ve got ideas. I keep my little notebook, I’ve always got that with me. Hopefully there’s more stuff than nonsense in there.”