Jarvis Cocker has revealed that he has been working on ideas for new Pulp songs. 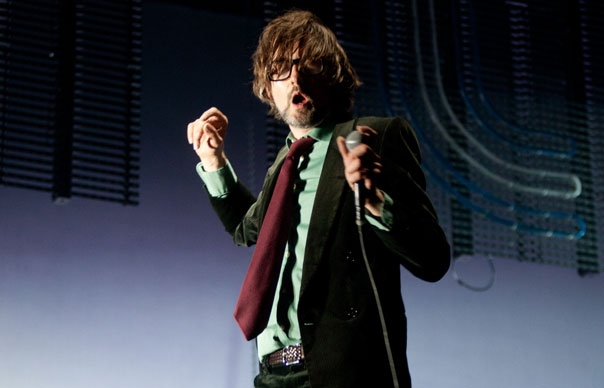 Jarvis Cocker has revealed that he has been working on ideas for new Pulp songs.

Speaking to Shortlist, the frontman admitted that although he wasn’t sure what would happen with the new material, he had still been thinking about the possibility of a fresh batch of tracks.

Asked if there were any new Pulp songs in the pipeline, he answered: “It took us long enough to relearn the old songs, so we’ll have to see about that. But I’ve got ideas. I keep my little notebook, I’ve always got that with me. Hopefully there’s more stuff than nonsense in there.”

Cocker also admitted he had been “super-worried” before Pulp’s reunion shows last year. “You may have spent your life doing something, but that doesn’t necessarily mean anyone else is bothered,” he said. “So it was nice that people were bothered when we decided to play some shows. And the fact that it wasn’t all bald heads when we looked out was nice as well. Some reasonably young people came to see us.”

The set spanned Pulp’s vast career, even including a rendition of 1983’s ‘My Lighthouse’ during the encore.

Cocker’s sister Saskia and her school friend Jill Talbot – who sang backing vocals on the original track – were invited onstage to perform, almost 30 years after the song was first recorded. Pulp also played the likes of ‘Mis-Shapes’, ‘I Spy’, ‘Common People’ and ‘Disco 2000’.