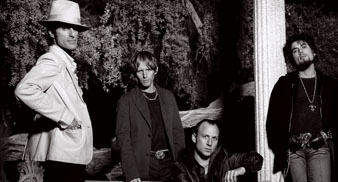 Listen to the song, ‘End To The Lies’, by scrolling down and clicking below. It was played first in Chilean radio.

Sitek helped write the band’s new album, ‘The Great Escape Artist’ as well as playing bass on it. The album is expected to be released this summer.

Muse and Glasvegas producer Rich Costey has been done production work on the album.

Singer Perry Farrell has said that the band were “fully immersed in the process of making modern music. It has been a great experience thus far, and the results have so much potential.”