Jamie Hewlett of Gorillaz has confirmed that he and Damon Albarn will release another Gorillaz album – but not before Blur put out their new material. 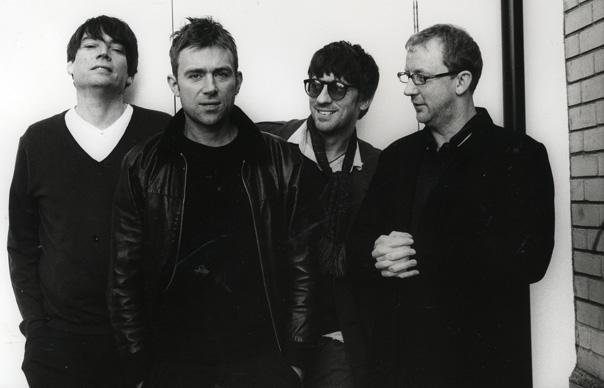 Jamie Hewlett of Gorillaz has confirmed that he and Damon Albarn will release another Gorillaz album – but not before Blur put out their new material.

Hewlett, who alongside Albarn has released four Gorillaz albums including 2010’s Plastic Beach, revealed the plans he and Albarn have for the future while speaking at a launch event for his opera in New York recently. One fan in attendance at the Monkey: Journey To The West event claims that Hewlett talked about the future of Gorillaz but admitted he would have to wait for Blur to make their album first.

Posting on the Gorillaz-Unofficial fansite, the fan claims Hewlett said: “There’s a five-year gap between the albums because they take a long time to do and and they’re very exhausting and when you’re finished you feel like you need to go do other stuff. So Damon’s touring with Blur – he’s doing a world tour with Blur at the moment and then they’re working on a new album so there isn’t really time for him, and I’m doing other stuff as well. So I think it’s, um, we’ll come back to it when the time’s right.”

Hewlett is also reported to have said that changes within the music industry make it more difficult for a band like Gorillaz to function in 2013. “The music industry’s changed so much since we started doing Gorillaz. There’s no money in the industry so you know you get these amazing new bands, like The Strypes from Ireland, kind of 14 years old [sic], you know, the best rhythm blues guitarist you’ve ever seen. Age 14, make songs and film it in their bedroom. It doesn’t cost anything, and so Gorillaz is kind of expensive. It’s expensive to do because it’s animated.”

Speaking onstage in Hong Kong in May, Damon Albarn told the crowd that the band were heading back into the studio. “So we have a week in Hong Kong, and we thought it would be a good time to try and record another record,” he said at the time. Alex James subsequently revealed that Blur’s recent recording sessions in Hong Kong went “very well”.

The question of whether Blur will record a follow-up to 2003’s Think Tank album is an ongoing saga. Blur penned two new tracks – ‘Under The Westway’ and ‘The Puritan’ – for last year’s Hyde Park shows, and the band have hinted that more could follow, with producer William Orbit telling NME that the band had been in the studio working on new material with him. However, more recently, Graham Coxon denied it would happen in a conversation with a fan on Twitter in November 2012. Asked if there is a new Blur album coming out and, if so, when? Coxon replied by simply saying, “No”.

Blur will play their only show on the British Isles this year at Dublin’s Irish Museum of Modern Art on August 1. The date marks Blur’s first show in Ireland in four years. Bat For Lashes and The Strypes support.