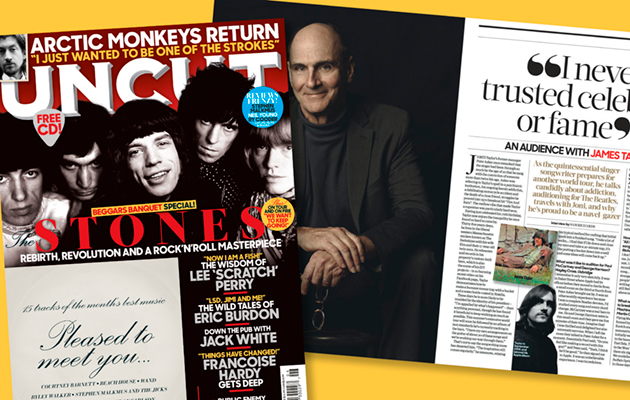 In the new issue of Uncut – on sale now – James Taylor gives a candid interview about his struggles with fame, addiction and trying to build a better world.

“The fact is that I never trusted celebrity or fame; I still don’t,” he says, responding to a reader question about whether he struggled to come to terms with widespread recognition. “[I’m a] cloistered and very private person… it’s major challenge: with something that’s extremely private, how do you take that to market?”

Asked if he still had to battle addiction every day despite being sober since 1983, Taylor said: “Yeah, you do. It never goes away… You prioritise your recovery on a daily basis or it’ll come back and get you again… It was 1983 when I finally got the [12-steps] program and I credit it with saving my life.”

As someone who campaigned for both Barack Obama and Hillary Clinton, Taylor revealed his dismay at current events in America. “The fact that [Trump’s election] happened at all and is tolerated is very alarming… Every day I shake my head and wonder what’s going on.” But he still feels that music can help us through dark times. “It’s food for the soul and a connection with the universe. I don’t think music will save the world, it’s just a beautiful part of it.”

Read more in the June 2018 issue of Uncut, available in shops and online now.