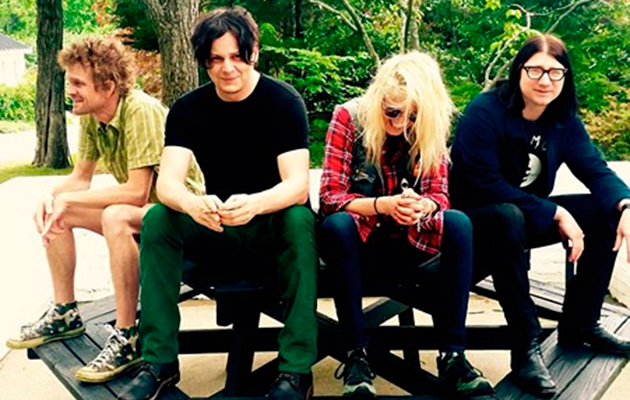 Third Man Records have posted a photo on their Facebook page with the tantalising message, ‘Which band is this?’

Is this simply four friends snapped while hanging out; or is the message teasing yet a new music project from White and his resourceful musical friends?

Meanwhile, White will release a live album and DVD taken from his first acoustic tour.

The tour, which took place last year, consisted of several intimate shows in American states that he had never played before: Alaska, Wycoming, Idaho, North Dakota, South Dakota and Fargo. The set list consisted of solo material and White Stripes and Raconteurs covers.

It is being released as part of the Vault package series, released by his record label, Third Man Records.