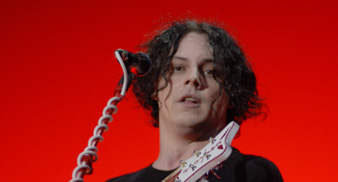 The White Stripes and Raconteurs’ frontman Jack White has teamed up with R&B star Alicia Keys to record the theme song for the forthcoming James Bond film, Quantum of Solace.

The track written, produced and drummed on by Jack White is entitled “Another Way to Die” and is also the first time the Bond theme tune has been performed as a duet.

The pair have amassed 18 Grammy Awards between them.

The last Bond film, Casino Royale in 2006 had it’s theme penned by former Soundgarden frontman Chris Cornell, and previous artists to have the honour of recording the title tracks include Paul McCartney and Wings, Duran Duran, Madonna and Tina Turner.

Quantum Solace’s film score is to be composed by David Arnold and the film is due for worldwide release on October 28.