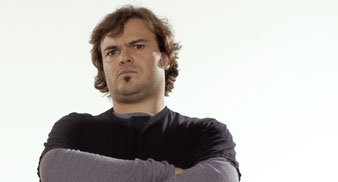 Acclaimed writer and director Michel Gondry (Eternal Sunshine of the Spotless Mind, The Science of Sleep) has a new film in production,”Be Kind Rewind” due for release next year.

Starring comic genius Jack Black, the film – as the title “Be Kind Rewind” suggests- is set in a video rental store. Black’s character’s brain becomes magnetized and accidently wipes every film in the store. His fantastically non-efficient solution is to remake every film, including Robocop and Back To The Future.

The plot sounds absurd but with a cast including Mia Farrow, Danny Glover and rapper Mos Def, it sounds like another brilliantly original film from Gondry.

“Be Kind Rewind” is still in production and is expected to be released in autumn 2007.

To read an in-depth film by film interview with Jack Black, get the new issue of Uncut, onsale tomorrow (October 31)