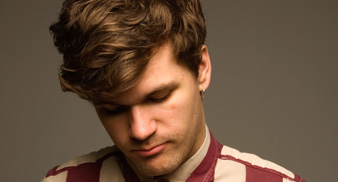 Jack Peñate has announced that his final single of the year will be ‘Have I Been A Fool’, released next month.

The song out on December 10 is taken from Peñate’s top ten album debut.

The single will be backed with a cover of Sam Cooke‘s ‘You Send Me’ as well as a brand new song, ‘If I’d Known’.

Peñate’s final live show this year will be raising money for Mencap, playing the Little Noise Sessions with Babyshambles and Laura Marling at the Union Chapel on November 20.

However, the acclaimed singer has also just announced a brand new tour for early next year. Tickets for the shows go on sale Friday November 9 at 9am.

The full tour dates are: