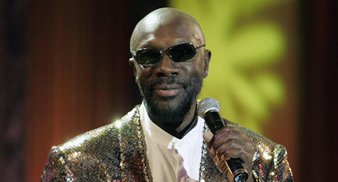 When Isaac Hayes walked on stage to accept his Best Music Score Oscar for Shaft in 1972, draped in dyed-blue ermine and rattling gold chains, it heralded more than the arrival of an innovative film composer. The centre of attention in a room packed with the stuffy tuxes of the Academy voters, Hayes’s success was viewed by the black community as mainstream acceptance of a much wider culture.

He may well have relished his elevation to figurehead status and the affectionate soubriquet “Black Moses”, and the recognition of his talents undoubtedly opened doors for others to walk through, but for Hayes it was a personal triumph, a seal of approval for his own singular vision of what soul music could be.

Beginning his career in a string of bands around Memphis, just a few miles south of his birthplace of Covington, Tennessee, Hayes joined the staff of the city’s legendary Stax Records in 1964, initially as a session musician. He played on dozens of the label’s releases, one of his most notable early contributions being the powerful Hammond riffs on Otis Redding’s “Try A Little Tenderness”.

In tandem with David Porter, he wrote numerous hits for Sam & Dave (“Soul Man”, “Hold On! I’m Comin’”) and others in the Stax stable, but it was his own 1969 album, Hot Buttered Soul, that singled him out as a groundbreaking musician of extraordinary depth and invention. The subtle under-played instrumentation and the extended whispered raps of his intros astonished listeners, not least on an 18-minute version of Jimmy Webb’s “By The Time I Get To Phoenix”.

The high life afforded him after Shaft also proved to be a curse, however, and within five years he was filing for bankruptcy, surrendering his Tennessee mansion and gold-plated limousine to the taxman. He continued to make records throughout the 1970s and 1980 but with less fanfare, although his profile received intermittent boosts when hip-hop stars like Public Enemy sampled his back catalogue.

Hayes welcomed good-natured send-ups of his image in spoof movies like 1988’s I’m Gonna Git You Sucka!, and worked steadily as an actor in small TV and film roles, as well becoming a radio DJ. In recent years he found himself a new fanbase as the voice of Chef in the much-loved and controversial South Park, even scoring a UK Number One hit with a song from the series, “Chocolate Salty Balls”, but he quit the show in protest at the makers’ lampooning of Scientology, the faith he’d embraced years before.

Family members found Hayes collapsed by a treadmill in his home gym in Memphis on Sunday afternoon (August 10), just days before his 66th birthday.