Sam Beam heads to the UK with his band in tow 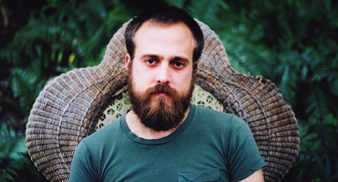 Iron & Wine have announced details of an upcoming tour of the UK.

Playing in support of their new album, ‘Kiss Each Other Clean’, which is released in January next year, Sam Beam and a full band will hit the road in March.

The nine-date jaunt will begin at London‘s Roundhouse on March 8 and finish at Leeds Metropolitan University on March 17.

Iron & Wine will play the following: