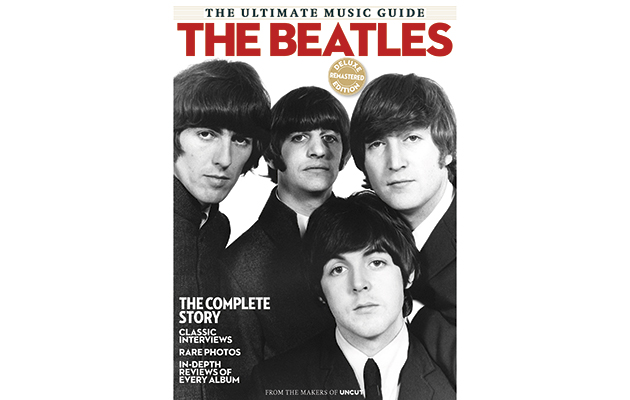 Early April, 1965. The Beatles are filming Help! at Twickenham Film Studios, South-West London. After a day’s work, John Lennon and the Melody Maker’s Ray Coleman lock themselves into the Beatle’s Rolls Royce. The road is blocked with fans, but the chauffeur cuts a swathe through the screaming crowd as they take swings at the car. “The way I see it,” says Lennon, “is that they bought the car, so they’ve got the right to smash it up.”

It is hard – even now, over five decades after it all began, and 50 years since “Revolver” was released – to overestimate the impact, strangeness and delirium of Beatlemania. The pages of NME and Melody Maker are full of frequently mind-boggling stories, as Brian Epstein allows reporters to be embedded into the band’s entourage, engineering an intimacy that also ensures the Beatles’ charm will shine out of every issue. The band didn’t just make better and more inventive records than their contemporaries, they gave better and more inventive interviews, too. The Beatles didn’t just revolutionize music, they revolutionized the business of stardom, of how celebrities might behave, and how their audience might relate to them.

This is the substance of our revelatory Ultimate Music Guide to The Beatles: an incredible cache of features from the archives of Britain’s massively influential music papers. As is our current habit, we’ve upgraded the previous edition into this new deluxe model. It’s on sale in the UK on Thursday, but you can now grab a copy of The Ultimate Music Guide: The Beatles from our online shop. In there, you’ll find week-by-week reports from those epochal American tours: Chris Hutchins spends a day on Allen Klein’s yacht with the Stones (“Then Jagger played Bob Dylan’s latest single ‘pressed secretly for us eager maniacs’ and danced on deck in the extrovert style that identifies him onstage”), before heading over to Shea Stadium and the Beatles’ dressing room.

Alan Smith hitches a lift from Bedford with Paul McCartney and ends up having an all-night session in a random Bedfordshire village, needling Macca into describing himself as “pleasantly insincere”. And mere weeks before his death, Brian Epstein gives a remarkable interview to MM’s Mike Hennessey. Over a few swift years and a fistful of old magazines, you can trace the evolution of music journalism as well as the Beatles, as a new candour about drugs and sexuality gradually replaces the PR-controlled boosterism of old.

There is, of course, plenty more in these 148 pages, not least sizeable reviews of every Beatles album, filed by Uncut’s current team of writers. It’s a considerable challenge to find fresh perspectives on this most analysed of bands, but hopefully we’ve found some new angles to approach the preposterous riches of their catalogue. After all, as John Lennon complains in a 1965 interview with Melody Maker, “People talk a load of rubbish about us…”