Please welcome the latest addition to the Uncut family 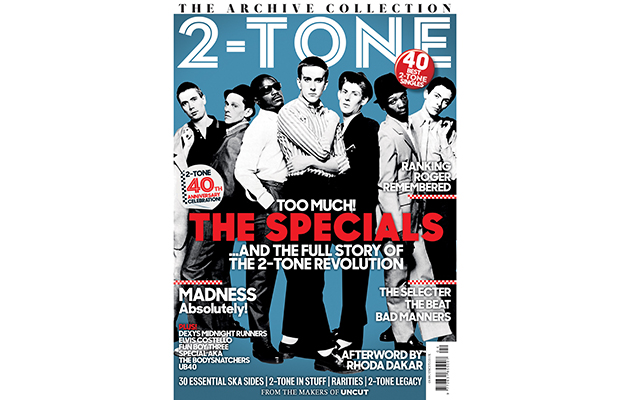 The new Uncut is in shops – and you can buy a copy online now by clicking here.

In 2016, I spent a day in Coventry with Horace Panter as part of a Specials’ cover story. It was August, less than two months after the EU referendum. Part of the piece made an explicit correlation between the late Seventies and the present day; how the band’s anti-racist manifesto had a new urgency in 2016.

“Injustice is timeless,” agreed Panter as we sat in the Russian History section of Coventry’s Central Library – built on the site of the old Tiffany’s nightclub. “The same message from 1979 is relevant in 2016.

“The Specials have that in-built thing with the socio-political message, the anti-racism stance,” Panter continued. “It comes as part of the package. People come to see us to affirm that side of us. I still mean it when we play ‘Doesn’t Make It All Right’. This is a song that I believe in every time I play it, just as much as I did back in 1979.”

A few days later in London, Terry Hall similarly expanded on how “horribly relevant” the Specials still were. “It feels a lot worse now, it just feels a lot worse,” he admitted. “When you look at things like racism, it changed colour. It went from a black thing to an eastern European thing. It is still so heavy. A lot, heavier – a lot heavier – than it was in the Seventies, where really horrible incidents were isolated. Now you walk into WH Smiths and you’ve got it hitting you all the time in newspaper headlines. It’s constant, it’s absolutely constant.”

The band’s latest album, Encore, continues to underscore their message of unity and tolerance. “We Sell Hope”, “Embarrassed For You” and “Breaking Point”, particularly, feel like very necessary commentaries on life in contemporary Britain. “Nothing’s changed!” Hall bemoaned to Uncut earlier this year.

You can read more about the Specials, of course, in our Ultimate Genre Guide to 2-Tone – which is in shops and available to buy from our online store. Inside, you’ll find archive pieces from Melody Maker and NME on the Specials, the Special AKA, Madness, The Selecter, the Beat, the Bodysnatchers, Bad Manners and fellow travellers Dexys Midnight Runners and Elvis Costello. There’s new in-depth reviews, the 40 greatest 2-Tone singles, a guide to the label’s collectibles and a fond farewell to Ranking Roger.

When I spoke to Roger in 2016, he acknowledged – as Hall and Panter had – that many of the problems facing Britain today were similar to those he experienced in the Seventies. “It’s very complicated and life is harder now,” he nodded. But he offers a solution. “It’s up to the people to bring back the community, which got taken away from us in the Eighties and the Nineties. We solved a lot of our problems within the community, where everybody could have a say and things got done. If we reform the communities, it is a start.”