Introducing… U2: The Ultimate Music Guide

Our epic U2 collectors' edition gets updated and upgraded 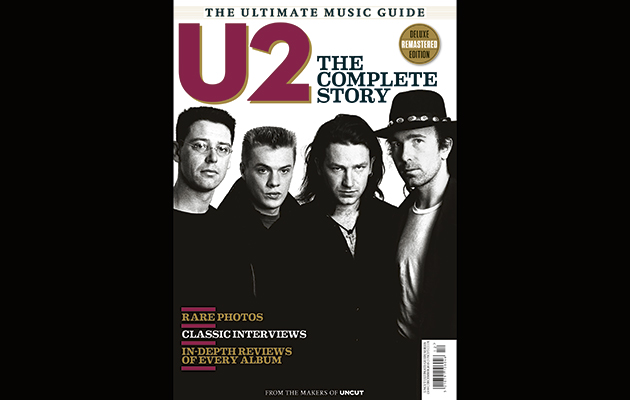 The news that emerged the other day, revealing Bono and U2 had written a song called “Streets Of Surrender” about the recent attacks in Paris, received the usual mixed coverage. Here, once again, was a band who seemed pathologically keen to insert themselves into a whirlwind of snark, allowing social media’s unfunniest denizens to trot out apparently infinite variations on the line, “Hasn’t that city suffered enough already?”

It does beg a question, though, about how we want our biggest bands to behave. Are we content for them to operate on a detached plane from the real concerns of the world, or do we want them to comment on and reflect the times we live in, however harrowing those times might be? Is Bono’s relentless desire to try and articulate an everyman response to tragedy, to present those barely-processed gut emotions from within the elite circles to which he has such powerful access, heroic or self-aggrandising – or, perhaps, some volatile combination of both?

These are themes that crop up again and again in Uncut’s latest deluxe upgraded Ultimate Music Guide, a hefty guide to the entire career of U2 (it’s on sale in the UK on Thursday, but you can order the U2 Ultimate Music Guide from our online shop here). As usual, we’ve dug deep into the archives of NME and Melody Maker to discover a tranche of striking interviews from every phase of U2’s storied career: from ferocious hometown beginnings, through the imperial years of the mid-’80s, onto the radical reinventions of the ’90s, right up to their 21st Century renaissance. There are also deep and heavy reviews of every single U2 album, now including a study by Andrew Mueller of “Songs Of Innocence” that moves on the debate significantly further than a mere discussion of its controversial iTunes release.

Well into the fourth decade of their career, U2 are more divisive than ever: a band who strive to speak for the multitudes, but who simultaneously create great fissures in a global music audience. You’re either for them, or against them, but, if you fall into the former camp, our Ultimate Music Guide is a pretty essential acquisition. “This undiluted and dilated fest of U2,” as the esteemed BP Fallon puts it in his introduction. “Everything you wanted to know, but secretly felt too stupid to ask…”