Meet the latest addition to the Uncut family... 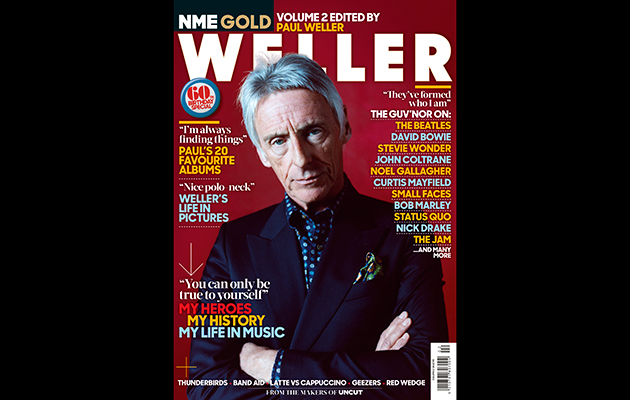 A new week, a new magazine. This time, please allow me to cue up the latest issue of NME Gold – a new joint project from Uncut and our sister title, NME.

As you can probably tell by now, this new edition has been curated by Paul Weller.

NME Gold is in shops from Thursday, but you can also buy a copy from our online store. Here’s John Robinson, who’s overseen NME Gold, to explain what it’s all about.

“From the extensive archives of NME (and its sister title, Melody Maker), Paul has painstakingly put together a selection of legendary features about his heroes, his esteemed contemporaries, and the artists who have influenced him to become the icon that he is today. Never mind a day in the life – it’s a life in music, in 100 pages.

“It is, if you like, a printed mixtape. In it you’ll find Paul’s choices from historic pieces about longtime heroes like The Beatles, Curtis Mayfield and the Small Faces, but also bands whose influence on him has maybe been a little less frequently broadcast. Paul now also shares his thinking on the likes of the Nick Drake, Noel Gallagher, The Lovin’ Spoonful, Bob Marley and Dr Feelgood and many more, as he introduces his selections from the archive.

“Weller is also up for talking about his own place in the firmament, revealing his feelings about his journey in a wide-ranging – and characteristically frank – interview. From The Jam to the Style Council and the many magnificent reinventions of his solo career, this is Paul Weller’s life in music.

“’It was noticeable, seeing people around you, thinking this is really special, and that I’m really special,’ he tells Hamish MacBain. ‘And I just thought, ‘I’m just doing what I’ve always fucking done, don’t get excited.’”

I should also remind you that the current issue of Uncut is currently in shops. Joni Mitchell is our cover star and inside you’ll find an extensive tribute to Mark E Smith plus exclusive interviews with the Breeders, Josh T Pearson and many more.