My Bloody Valentine, Rock's 50 Most Extreme Albums, Joan Baez, Stick In The Wheel, Gary Numan, progressive country and much more... 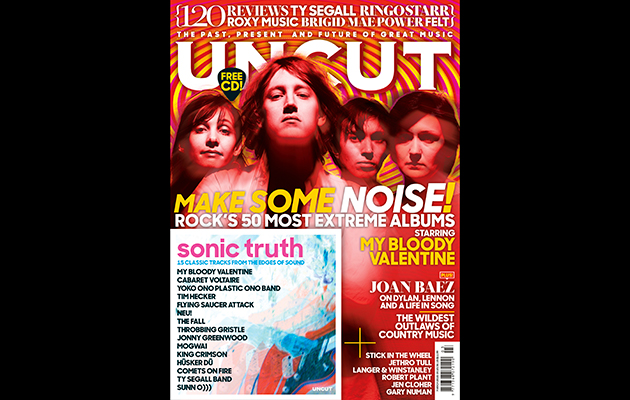 “I don’t look for extreme life,” says Kevin Shields. “I don’t. But for some weird reason extremes happen all the time, good things and bad things…”

It is, of course, inevitable when reflecting on the career of our new cover stars, My Bloody Valentine, to think in terms of extremes. The radical aesthetic they have championed in their definitive state, the mythology around the recording of their Loveless album and the decades spent on its belated follow-up all demonstrate the extraordinary musical vision shared by Shields and his bandmates.

But what is perhaps often overlooked when discussing My Bloody Valentine is the fierce connection that exists between the four band members, even during trying times. “We all love each other so much that we just stay together, no matter what,” confesses Bilinda Butcher. “We’ve got this thing nobody else has; it’s really special. Each of us knows that, even now.”

Accordingly, our cover story in this month’s Uncut offers both the definitive account of the band – from their roots on Dublin’s post-punk scene to their triumphant comeback at Coachella and plans for a new album – as well as a more nuanced look at the personalities who have created this remarkable music. We’ve spoken to Shields – a four-hour interview, no less, plus follow-up – Colm Ó Cíosóig, Debbie Googe and Butcher as well as the band’s former singer, David Conway, and assorted friends and collaborators including Brian Reitzell, Paul Weller and Primal Scream’s Andrew Innes. The picture that emerges is of a band alive to the boundless, giddying potential of sound, willing to push themselves and their music to its limits in the pursuit of creative goals.

Elsewhere in the issue, we have an exclusive chat with Joan Baez, Stick In The Wheel and Lankum bring contemporary ideas to folk music while Willie Nelson and his progressive peers take Austin, Texas by storm. There are interviews with Gary Numan, Clive Langer and Alan Winstanley, Jethro Tull and Deer Tick, plus reviews of Ty Segall, Joan As Police Woman, Field Music, Brigid Mae Power, Hookworms, Roxy Music, Felt, Ringo Starr and Atomic Rooster.

We think this is a great issue, and a very fitting final Uncut edited by John Mulvey – I’ll be looking after the mag for now and, I hope, carrying on the good work.

As ever, let us know what you think when the issue goes on sale from Thursday: uncut_feedback@timeinc.com 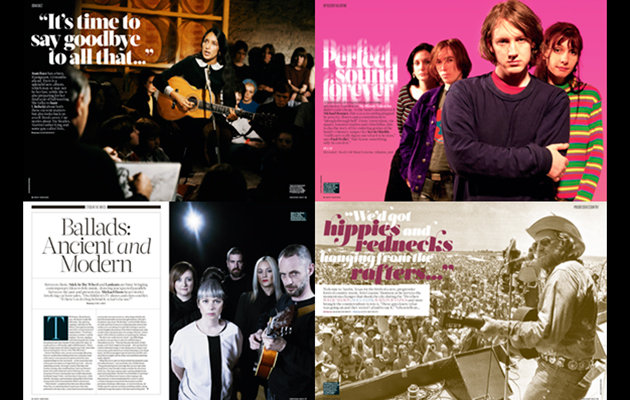