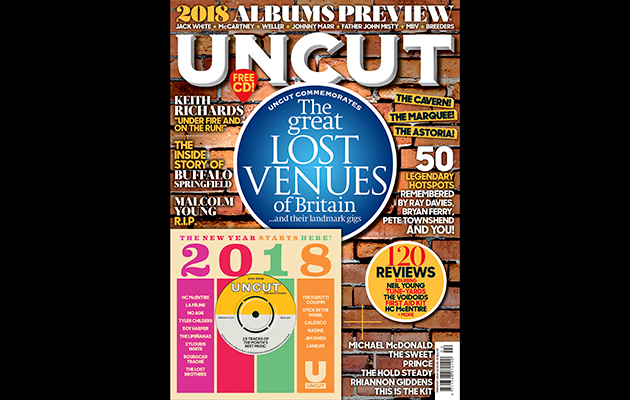 A small market town in North Nottinghamshire did not seem much of a musical hotspot in 1980. But when I bought Adam & The Ants’ Kings Of The Wild Frontier at the end of the year, the smallprint in the Catalogue that came with it revealed a slightly different story. On March 16, 1978, it transpired, the Ants had played my local venue, Retford Porterhouse. Soon enough, I would discover that the Porterhouse was a place where gangs from the mining villages would come to fight on a Friday night, and where live bookings would mostly devolve into alternating visits from Doctor & The Medics and Guana Batz. But like so many other unpretentious clubs up and down Britain, the Porterhouse had its own discreet claims to fame, its own unexpected mythology.

The list of shows in the Ants’ Catalogue now reads as a litany of quondam rock landmarks: Middlesbrough Rock Garden and London Lyceum; Bishop’s Stortford Civic Hall and The Marquee Club. It’s a world that we revisit, with much affection, in the new issue of Uncut, on sale in the UK this Thursday (though subscribers may already have their copies). Our cover story is on the Great Lost Venues of the UK, and the stories about these eccentrically-run, hygienically-dubious dancehalls and backrooms are vivid, and our thanks go out to The Rolling Stones, The Who, Suede, The Damned, The Specials and many more musicians, managers, promoters and punters who shared their memories with us.

More poignant still, we discover the fates of these storied venues. Where once there were vibrant and unpredictable incubators of talent, now there are Irish theme pubs, luxury flats, swimsuit shops and old people’s homes. Grouped together, a picture emerges of an abandoned network; a live circuit that no longer exists, to the incalculable detriment of music in this country. “I feel for new bands, there’s nowhere for them to learn their trade,” Ray Davies tells us. “There aren’t many places where a musician is allowed to be bad.”

Elsewhere in the new issue we have an exclusive chat with Keith Richards. Richie Furay walks us through the brief and seismic story of Buffalo Springfield. There are interviews with Michael McDonald, The Sweet, Richard Hell, Jim White and This Is The Kit, and reviews of HC McEntire, First Aid Kit, Tune-Yards, Neil Young, Roy Harper, Willie Nelson, Fela Kuti, The Hold Steady and Rhiannon Giddens. Plus you’ll find the definitive guide to 2018’s key albums, featuring Jack White, Paul McCartney, Paul Weller, Johnny Marr, Father John Misty, The Breeders and My Bloody Valentine.

Plenty, hopefully, to see you through the season and up to speed for a brave new year. See you down Redcar Jazz Club!