An expanded, updated, upgraded edition, released in time for the Nobel Prize shindig 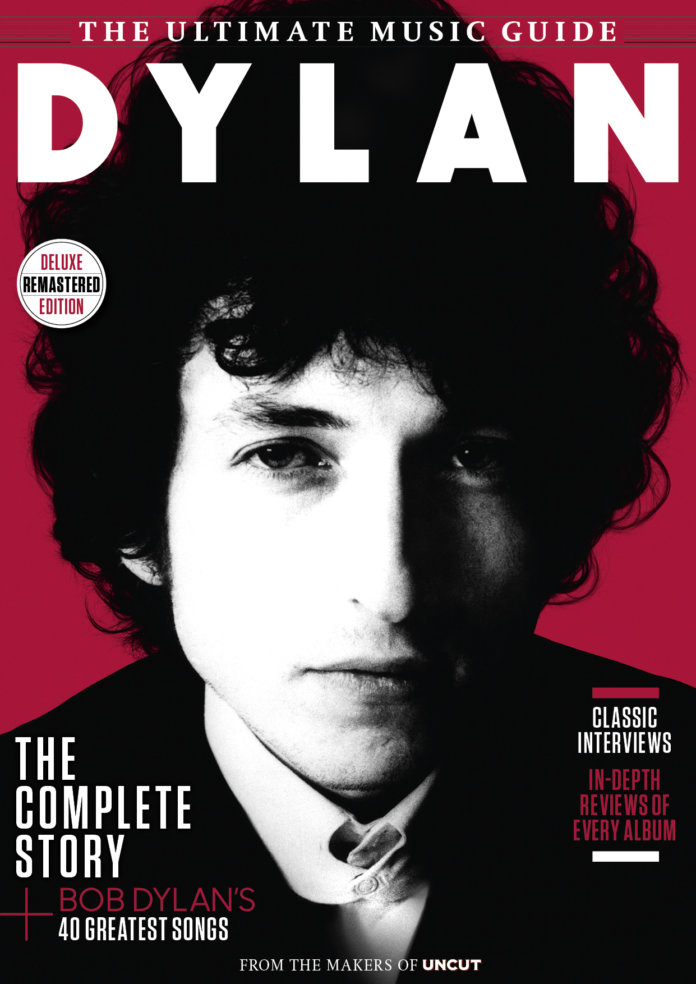 As we brace ourselves for Bob Dylan’s Nobel Prize acceptance speech on Saturday – delivered, of course, by an as-yet unrevealed proxy – can I suggest a bit of heavy reading? We’ve expanded, updated and upgraded our Ultimate Music Guide to Bob Dylan: it arrives in UK shops on Thursday, though you can order a copy now from our online store.

Fear. Mystery. Confusion. Awe. The magnetic strangeness of Bob Dylan has dominated our world for well over half a century, casting a long shadow over most everyone who has followed in his wake. In our Dylan Ultimate Music Guide, over 148 pages, we pursue rock’s most capricious and elusive genius through the back pages of NME, Melody Maker and Uncut, revisiting precious time spent with him over the years: from a relative innocent in a Mayfair hotel room, complaining about how, already, “people pick me apart”; to a verbose prophet of Armageddon revealing, with deadly intent, “Satan’s working everywhere!”

To complement these archive reports, you’ll also find in-depth pieces on all 37 of Dylan’s storied albums, from 1962’s Bob Dylan to this year’s Fallen Angels; 37 valiant, insightful attempts to unpick a lifetime of unparalleled creativity, in which the rich history, sounds and stories of America have been transformed, again and again, into something radical and new. In which Dylan has revolutionised our culture, several times, more or less single-handedly.

“‘Tombstone Blues’ proved Dylan had not exactly abandoned protest music, more broadened the scope of his protest to accurately reflect the disconcerting hyper-reality of modern western culture,” writes Andy Gill, in his exemplary essay on Highway 61 Revisited. “It was a transformation which would change the way that both artists and audiences alike regarded their relationship with the world. No mean feat for rock’n’roll.”

Back in 1973, the Melody Maker’s Michael Watts is on a plane from Durango to Mexico City, with at least some of the cast and crew of Pat Garrett & Billy The Kid. Across the aisle from Watts is the amiable and forthcoming star of the movie, Kris Kristofferson, generous enough to be sharing his bottle of Jameson’s with the writer.

Just behind Kristofferson, with a straw hat pulled right down over his face, sits another member of the cast; one who shares a trailer with Kristofferson on set, but can let days go by without even speaking to his supposed friend. A newcomer to acting, whose pathological guardedness leads the film’s publicist to describe him to Watts as, “just rude”. A man renamed, for the purposes of Sam Peckinpah’s movie, as Alias.

“This guy can do anything,” says Kristofferson, marvelling. “In the script he has to throw a knife. It’s real difficult. After 10 minutes or so he could do it perfect. He does things you never thought was in him. He can play Spanish-style, bossa nova, flamenco…one night he was playing flamenco and his old lady, Sara, had never known him do it at all before.”

Watts, possibly emboldened by the liquor, confides in Kristofferson that he is scared to speak to this man – Dylan, of course – this glowering enigma.