Introducing… The Beatles: A Life In Pictures

Unveiling our Fabbest special edition of the year! 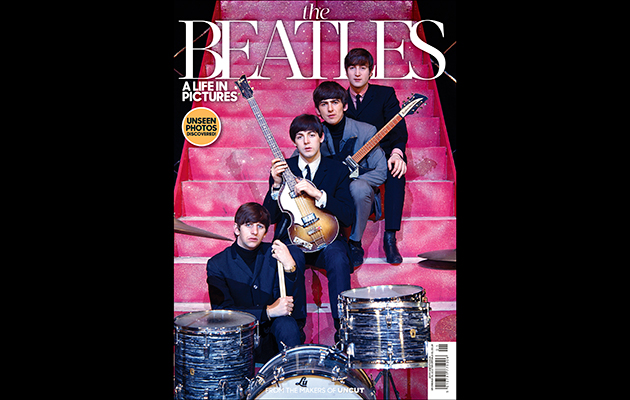 John Robinson, who edited this one, can explain more…

“The Beatles: A Life In Pictures is a lavish tribute to the four lads who shook the world. Fashions come and go, but The Beatles still amaze us with their music.

Fifty years on from their classic album Sgt Pepper’s Lonely Hearts Club Band, their stature is completely undiminished, and this fresh new selection of pictures – many seldom-seen; some previously unpublished – tells their story, and helps to explain some of that enduring appeal.

“Their music was remarkable for its rate of change, and so were the band themselves, taking on new influence, new hairstyles, and whole new outlooks. What didn’t change was the band’s essential personality – throughout their career, they remained as charismatic, intelligent and playful as at they were at the start.

“Theirs were public lives, and yet they only rarely shut the door to the world. In a time of copy approval and scripted reality television, it’s hard to conceive of the level of access The Beatles granted to the world’s press. Their off-the-cuff remarks could be hilarious. Pictures of them taken as they worked on something else entirely can speak volumes.

“A day in the life? This is the life of the Beatles, in 100 pages. From their residencies at disreputable Hamburg clubs, to recording their hits, charming a whole new medium – television – and conquering America, The Beatles: A Life In Pictures brings you closer to John, Paul, George and Ringo.  On each spread, you’ll also find contemporary remarks from the Beatles themselves and their associates, selected from the archives of NME and Melody Maker.