Paul Banks and co return to the UK next March 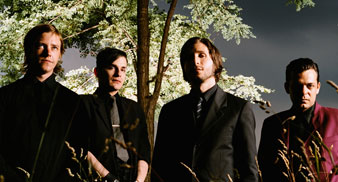 Interpol have announced details of a new UK tour for March 2011.

The New York band, who have already announced a UK tour for this December, will return in the spring to play four shows. They have also added a third London O2 Academy Brixton date to their winter tour, and will now play there on December 8 along with the two previous nights.

Tickets are on sale this Friday (October 1) at 9am (BST).