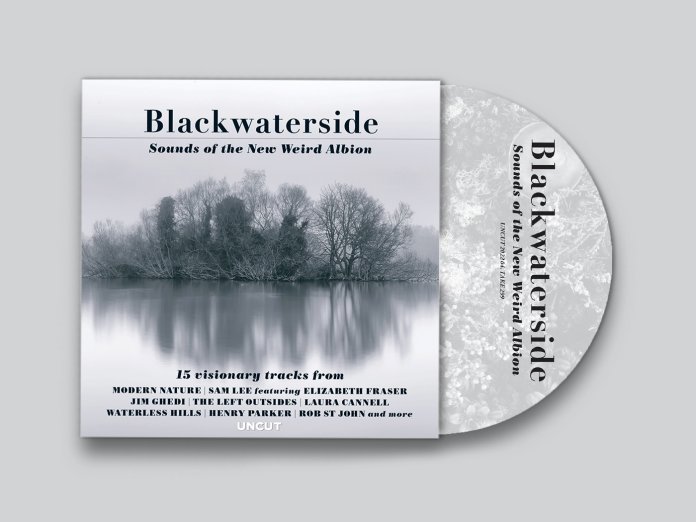 1 MICHAEL TANNER
Ecce Quadragesimo Tertio
We begin our exploration into the wild margins of modern British folk with this hushed, twilit piece from Lewes-based musician Tanner. It’s the opening track to his recent Vespers album, the rest of which was recorded live in his local graveyard at dusk.

2 THE LEFT OUTSIDES
As Night Falls
Are You Sure I Was There? is the latest long-playing transmission from the London duo of Alison Cotton and Mark Nicholas. “As Night Falls” is one of its glowering highlights, with nods to The Velvet Underground and Low.

3 CATH & PHIL TYLER
The Old Churchyard
This traditional tune gets a sympathetic, sparse reworking from the Newcastle-based pair, harmonies beautifully intertwining over a sole picked guitar. Originally released on the Tylers’ To The Dust EP, in aid of East London’s Café OTO.

4 HENRY PARKER
The Brisk Lad
Mike Waterson and Richard Dawson have both performed a cappella versions of this dark tale of desperation and sheep-rustling, while on 2021’s Lammas Fair, Parker electrifies and extends it. The result is a slow-building epic that blossoms into some stunning duelling guitar solos.

6 BURD ELLEN
The High Priestess And The Hierophant
This new, limited single finds the questing Glasgow duo of Debbie Armour and Gayle Brogan pairing a minor-key trad lament with ambient sweeps of sound that only serve to underscore the mournful tale.

7 WATERLESS HILLS
The Garden Of The Tribe
This Brit quartet mixed trad folk with Eastern modes and free exploration on their beguiling debut, 2020’s The Great Mountain. Here’s a short, sweet and uptempo track, recorded live. As with the rest of the LP, its title was inspired by pioneering traveller Freya Stark.

8 MODERN NATURE
Blackwaterside
While Jack Cooper’s jazz influences have come to the fore on Modern Nature’s latest album Island Of Noise, there’s always been a deep and timeless folk current running through his subtle, filigreed music. This take on the trad classic, most memorably recorded by Bert Jansch, originally appeared on 2019’s Nature EP.

9 LAURA CANNELL
Memory And Desire
2020’s The Earth With Her Crowns found the Norfolk-based musician recording inside East London’s Wapping Hydraulic Power Station. She also sings and plays wind instruments, but it’s on the violin that she really excels, sounding here like a cross between John Cale and Dave Swarbrick.

11 AMY MAY ELLIS
A Fresh Drone
Raised on the North Yorkshire Moors, Ellis has retained some of that wildness in her music. Harmonising against herself on this pensive original from her recent EP, When In The Wind, she’s also accompanied by distant field recordings for a dreamlike edge.

12 DUNCAN MARQUISS
Minor History
Marquiss’ debut solo album, Wires Turned Sideways In Time is a fine mix of the modern and the traditional, with picked acoustic guitar meditations, kosmische lead guitar and washes of processed sound. The LP closer, “Minor History” starts in one place and ends up in another.

13 JON WILKS
John Riley
Like Cath & Phil Tyler, writer and musician Jon Wilks takes a sparse, unvarnished approach to traditional folk. Here’s a highlight from 2021’s Up The Cut, his third solo LP, an impressive set of rediscovered folk songs originally from Birmingham and the Midlands.

14 JIM GHEDI
Lamentations Of Round Oak Waters
Ghedi made his name as a guitarist, but last year’s In The Furrows Of Common Place documented the finding of his striking, unruly voice. “Lamentations…”, driven by a harmonium drone, finds the songwriter repurposing a piece by Northamptonshire poet John Clare (currently having quite the moment as a songwriting inspiration, 158 years after his death).

15 ARIANNE CHURCHMAN & BENEDICT DREW
The Branched Body To A Maypole
Two mixed-media artists with an interest in folklore and weird customs, Churchman and Drew released their two-track LP, May, on the latter’s Thanet Tape Centre label in 2020. Mixing traditional song with all manner of cut-up sounds and drones, the result is thrillingly reminiscent of Broadcast & The Focus Group, White Noise and The Wicker Man soundtrack.