Iggy And The Stooges, Beady Eye added to Isle Of Wight 2011 line up 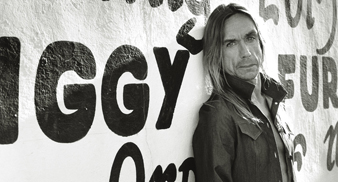 Iggy and the Stooges, Beady Eye and Seasick Steve are among the new additions to the Isle Of Wight Festival 2011 line-up.

The organisers of the festival, which will be headlined by Kings Of Leon, Foo Fighters and Kasabian, have announced a number of new acts for next summer’s bash, set for June 10-12.

Liam Gallagher‘s new band Beady Eye are set to play ahead of Kasabian on the Sunday night (12) of the festival, while Iggy And The Stooges will play before Pulp on the Saturday night (11).

Boy George will play a slot on Thursday night (June 9) of the event on the Big Top stage, a day before the full music schedule gears up.

The Isle Of Wight Festival line-up so far is:

Tickets for the festival are available now.