Idles have announced that their third album, Ultra Mono, will be released by Partisan Records on September 25.

Watch a video for the latest single to be taken from it, “Grounds”, below:

Ultra Mono was recorded in Paris and produced by Nick Launay and Adam ‘Atom’ Greenspan, with additional programming by Kenny Beats. It features guest vocals from Jehnny Beth and contributions from Warren Ellis, David Yow and Jamie Cullum.

To accompany the album release, Idles have also announced that they’ll play a series of ticketed livestream gigs “from an iconic studio” in late August. Check out the poster below for full details: 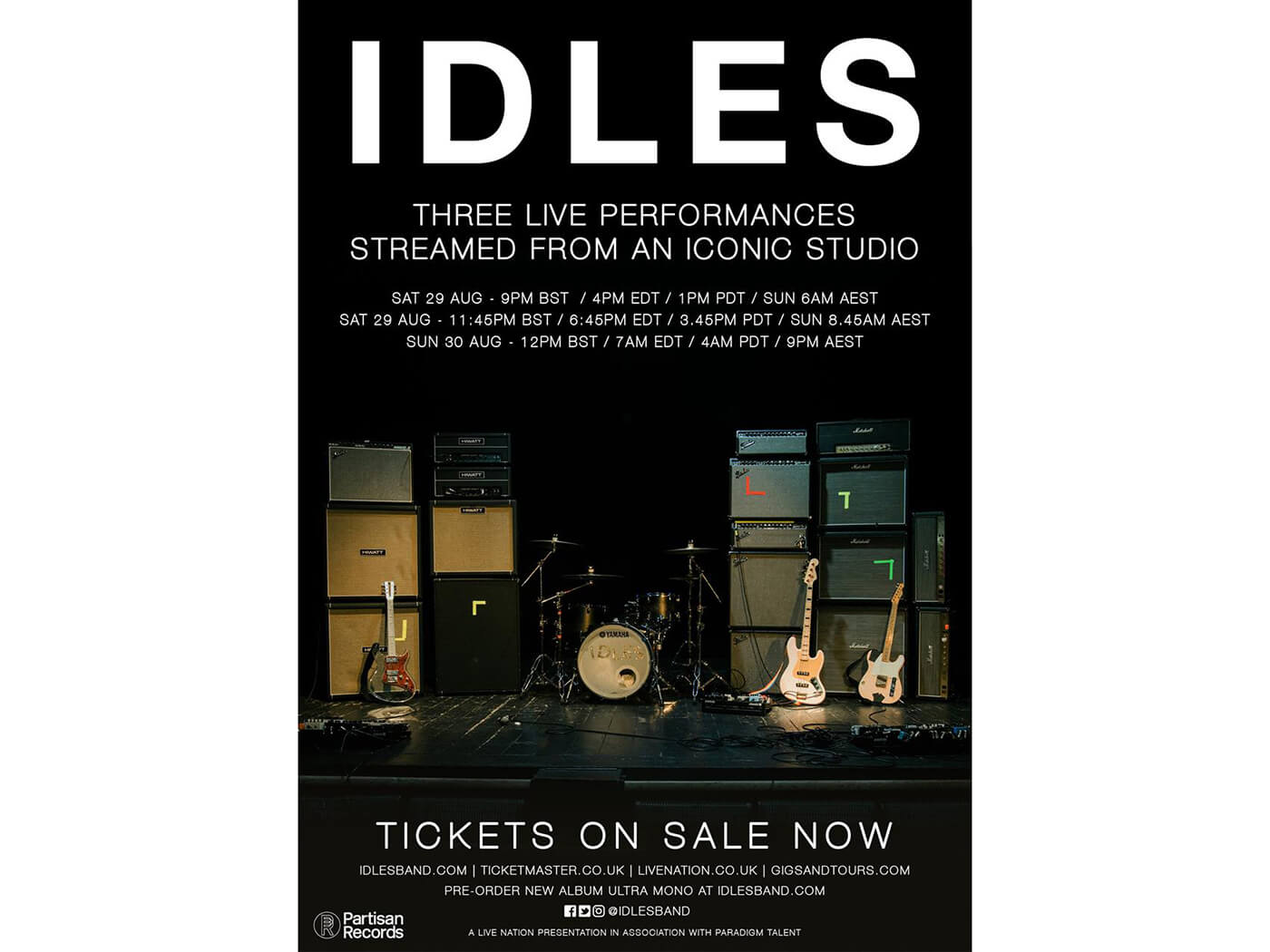