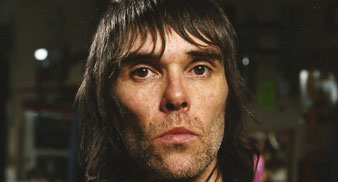 The dates kick off at the Newcastle Academy on September 27, around the same time it is anticipated that Brown’s fifth solo album will be ready for release.

The new album’s working title is “The World Is Yours” and Brown is working with fellow Mancunian musicians; Smiths’ bassist Andy Rourke and the Happy Mondays’ Paul Ryder.

Speaking about the new material, Brown says he’s more confident than ever about his musical abilities. The Monkey king said “I know everyone always says their latest is their best, but I really feel that this time. I’ve really gone all out with the lyrics and melodies. I’m trying to make my own “What’s Going On”. It’s going to be something really beautiful, with violins, dead sharp beats, socially conscious lyrics – this time around, I’m trying to bury everything I’ve ever done.”

At a recent charity event for Manchester Versus Cancer, Brown finished a short performance with a finale of Stone Roses classic “I Am The Resurrection” – joined on stage by former bandmate Mani and Andy Rourke.

Catch Brown on tour at the following venues, more dates are expected to be announced soon, including Manchester and London.

Tickets for these shows go on sale this Friday (May 18) at 9am.