Tabloid reports this morning say band's reformation is definitely on 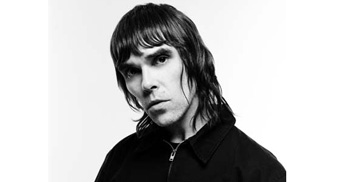 Ian Brown has reportedly confirmed that the much talked about reunion of The Stone Roses is definitely taking place.

According to The Sun this morning (October 17), magician Dynamo, who is a close friend of Brown, showed the paper’s journalist a text message from the singer about the reunion, which said: “We are going to rule the world again. It’s happening.”

Rumours of a reunion flared up on Friday (October 14), with a major music publicist refusing to confirm or deny that a planned announcement on Tuesday (October 18) would indeed be declaring the band’s return. It follows news breaking last April that singer Ian Brown and guitarist John Squire had met up, for what was thought to be the first time since the band’s 1996 split.

The band’s former drummer Alan ‘Reni’ Wren became the first member of the band to break ranks on the reunion rumours on Friday (October 14), contacting NME with a cryptic message that read: “Not before 9T will I wear the hat 4 the Roses again”.

According to the tabloid’s report, Elbow‘s Guy Garvey has also confirmed the reunion, with a source telling the paper: “Guy was talking to friends about how the original line-up had been rehearsing over the summer in Manchester.”

If Friday’s rumours are to be believed, plans for The Stone Roses reunion will include a large scale show in Manchester‘s Heaton Park next summer.