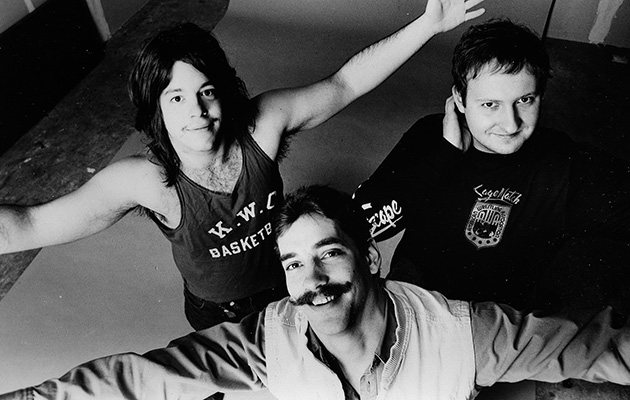 Hüsker Dü have launched their first official website, prompting speculation that the band are about to reform.

The Minneapolis Star Tribune reports that this is the first new Hüsker Dü activity the three band members have agreed to since Warner Bros. issued the 1994 post-breakup album “The Living End“.

The Tribune story notes the band have recruited Dennis Pelowski, Minneapolis-based manager of the Meat Puppets, to sort out their business affairs.

Due to a number of factors – contractual and personal – Hüsker Dü have never enjoyed an active afterlife of reissues and anthology releases. The website launch – and a reported Facebook page – can be seen as a considerable step forward for the band.

Speaking Uncut in May 2014, Bob Mould said, “Over the past year and a half, the three of us have had conversations. Things are moving forward. We’re all on the same page as far as doing stuff.”

When asked whether the Hüsker Dü records that came out on SST would be re-released, Mould revealed, “There’s been back and forth between SST and the Hüsker Dü estate, trying to figure out what’s going on. There’s been agreements and some things still up in the air. There’s non-disclosure, so I can’t get into it too deeply, but there’s been dialogue and I’m optimistic.”