Launch pad of Stones and U2 may be shut come February 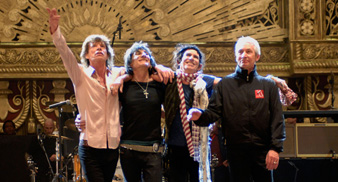 One of the most famous independent live venues in London, The Halfmoon Putney, may have to close after nearly 50 years.

The venue has hosted live music since 1963, seeing early performances by legendary artists The Rolling Stones, U2, The Small Faces and Kate Bush to name a few. It has also recently been a stepping stone to bigger things for acts like Kasabian, Imogen Heap and Newton Faulkner.

Unfortunately, due to circumstances including the current economic climate, The Halfmoon will not be able to carry on after 31st January, 2010.

Current tenant James Harris said: “We are at the grass roots of live music and The Halfmoon is an engine room for rising bands throughout the UK, who are now running out of quality venues to play.”

To help save The Halfmoon Putney, simply get down there. To see their gig listings Click Here