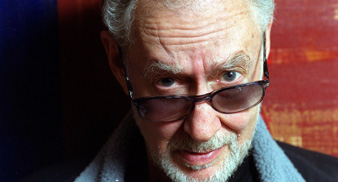 Hilly Kristal was in many ways an unlikely figure to become the godfather of punk. Born in 1932 and growing up on a farm in rural New Jersey, he had started out with ambitions to be a jazz singer. When that failed he managed the Village Vanguard jazz club in Greenwich Village, booking acts such as Miles Davis. Then in 1973 he opened his own club in New York’s notoriously insalubrious Bowery called CBGB. The name originally stood for ”country, bluegrass, blues” but his intention to create a roots music venue didn’t last long – in fact no longer than the day he put up the awning boasting the new club’s name when he was approached by ”three scruffy dudes in torn jeans.”

They turned out to be Tom Verlaine, Richard Hell and Richard Lloyd from an unknown band called Television and they became one of the first acts to play the new venue. On their second CBGB’s gig, they were supported by an equally unknown group from Queens called the Ramones.

With a booking policy that eschewed ‘name’ bands in favour of local and
unsigned groups who played their own material, CBGB’s swiftly became the epicentre of an underground scene that also saw the likes of the
Heartbreakers, the Stilettos (soon to find fame as Blondie) and Talking Heads launching their careers on the ramschackle stage bult by Kristal himself from bits of scrapwood.

Another to get a start at CBGB’s was Patti Smith, who after a support slot there to Television in ’75 was given a legendary seven week residency which had the likes of Allen Ginsberg and Andy Warhol finding their way through the skid row of Bowery bums, winos and other derelicts to catch her set.

By then, stories of the extraordinary scene that had coalesced around the club had reach Britain and in ’75 NME sent Charles Shaar Murray to
investigate. His wildly enthusiastic reports of the bands he saw at CBGB’s helped to ignite the UK’s own parallel punk scene.

After punk’s demise, Kristal continued to run CBGB’s as arguably the most famous rock venue in America until 2006, when he was evicted by the building’s owners, anxious to cash in on the gentrification of the Bowery and the proliferation of multi-million dollar loft conversations of the flophouses and low-rent dives that had once dominated its mean streets.

He talked off opening a new club with the same name in Las Vegas, but
illness meant that the plan never came to fruition. Perhaps it was just as well for a CBGB’s sitting between Caesar’s Palace and the Tropicana simply wouldn’t have been the same.