Influential musician was last surviving member of the group 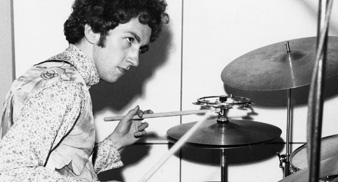 Mitch Mitchell, drummer with the Jimi Hendrix Experience, has been found dead, of natural causes at the age of 61, reports say.

Mitchell, hailed as one of the most influential drummers in rock history, played with Hendrix, in the Experience from it’s formation in October 1966 until Hendrix’s death in September 1970, and also in Jimi’s Woodstock band.

Mitchell, from a jazz background, fused styles on Hendrix Experience recordings and his work on recordings such as “Voodoo Child (Slight Return)” and “Fire” were great examples of his style.

Since Hendrix’s death, Mitchell has performed with several of the Experience in different incarnations, and has also help release posthumous recordings of the guitarist’s work.

Before Mitchell’s death yesterday (November 12), he had just completed a month long US coast-to-coast tour with the 2008 Experience Hendrix tour, performing Hendrix’s material with a host of Award winning session musicians including Buddy Guy.

Mitchell last performed in the UK in October 2007, at an all-star Jimi Hendrix Experience tribute night in London, to celebrate the 30th anniversary of the Monterey Pop Festival.

Check out Mitchell drumming on “Voodoo Child” on this BBC archive clip from 1969: