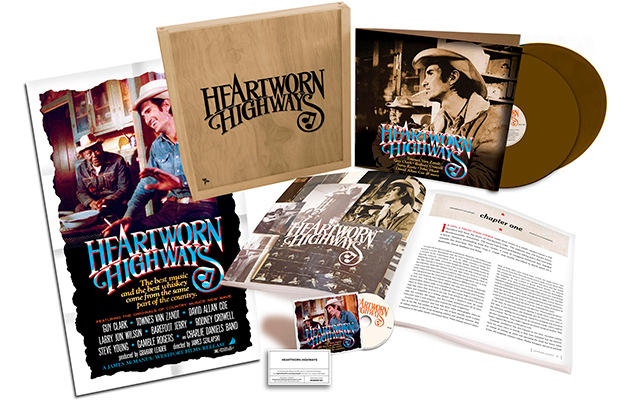 Heartworn Highways, the 1976 documentary chronicling the rise of outlaw country, is to be reissued to coincide with its 40th anniversary.

The new box set includes a double LP of the film’s soundtrack on whiskey-colored vinyl, a DVD of the original film, a reproduction of the original movie poster, and an 80-page archival book featuring many never-before-seen photos.

It will be released by Light In The Attic on April 16, Record Store Day.

It is limited to 1,000 copies and comes in a custom wood box.

You can watch a trailer for the box set below.