Band are working with producer Paul Epworth on new album... 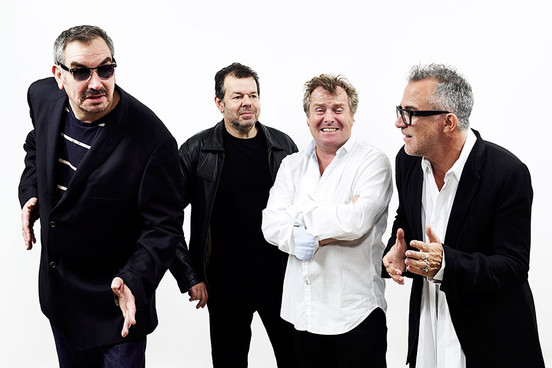 Band are working with producer Paul Epworth on new album…

The Pop Group have released their first single in 35 years – click below to listen.

The track, titled “Mad Truth“, is set to feature on the band’s forthcoming new album Citizen Zombie. The LP will be produced by Paul Epworth and is set for release on February 23 this year.

In a previous statement announcing the release of the album, frontman Mark Stewart praised producer Epworth, who has worked with Adele, Paul McCartney, Florence + The Machine and Lorde. “[Paul] gave us the freedom to create and, with his help, destiny rides again for the Pop Group,” he said.

Epworth, meanwhile, maintains that the band retain the same power they had three decades ago. “The energy [of The Pop Group] is still there, the ideas are still there, it still fizzes with a life that most young bands just don’t have.”

The Bristol group formed in 1978 and split in 1980 before getting back together again in 2010. In October the band reissued their 1980 album We Are Time and Cabinet Of Curiosities, a nine-track compilation of rarities and previously unreleased material.

Mark Stewart talks about Citizen Zombie in our 2015 Albums Preview, in the new issue of Uncut – in shops now